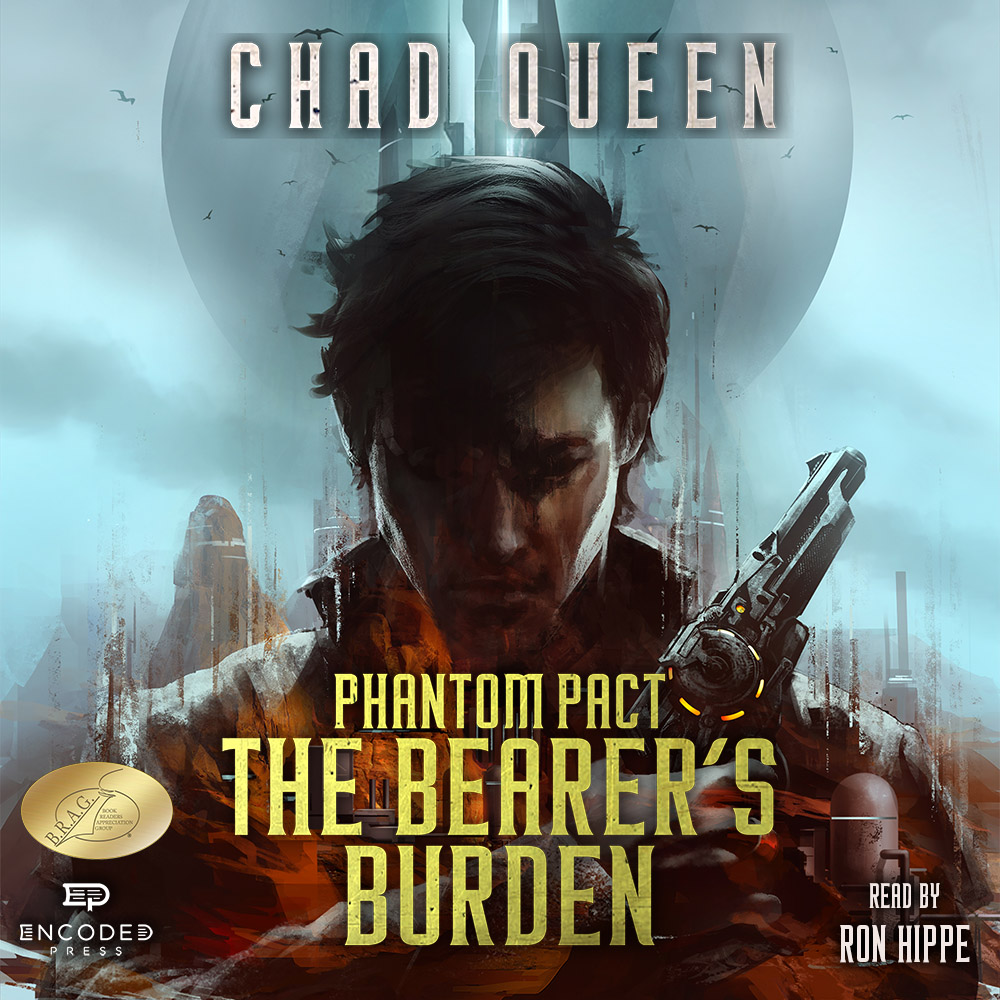 Hello Bearers! The audiobook version of Phantom Pact: The Bearer’s Burden is now live! You can now grab it Audible, Amazon, and Audiobooks.com. It will soon be available at many other retailers such as Google Play and Apple iTunes – look for it at your favorite audiobook retailer.

The audiobook was read by voice actor Ron Hippe, who helped really bring the characters to life in his narration.

Please check out the interview with Ron below to learn more about how this Science Fiction epic was made. 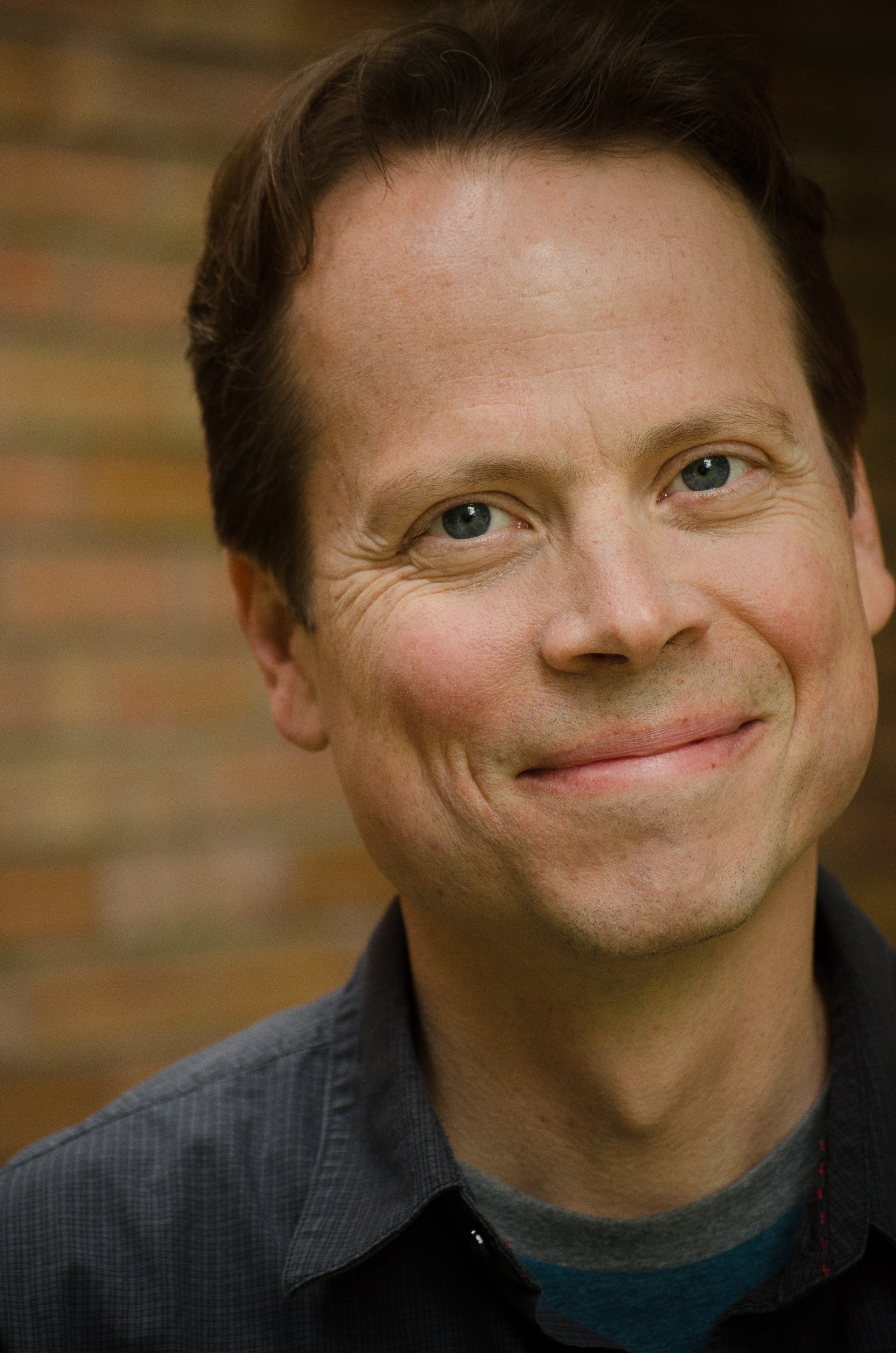 Can you tell us a bit about your professional background? From what I know, you have experience in a lot of different areas in the entertainment industry. What are some of projects you have worked on?

I began acting in high school and continued in one form or another ever since.  Originally I did mostly stage acting. Some of my credits included the role of Peter Pan in a production at Seattle’s Intiman Theatre as well as appearing in a Pulitzer Prize winning show on Broadway called The Kentucky Cycle.  I’ve also been an improv comedy performer for 30 years, most consistently with Seattle’s Unexpected Productions. Eventually I transitioned into video, commercial acting and voice over, which can mean a lot of different things, from corporate videos and radio dramas to tv commercials, video games and the like.  I’ve been in a lot of different video game over the years, most notably appearing in a couple of the Halo titles. These days I am also a charity auctioneer raising money for about 30 different groups every year.

Phantom Pact clocks in at over 105k words. How long did it take it in the studio to record the book? How long was the finished audiobook?

I recorded in the home studio where I record with my band Gumshen. I had to fit in the recordings within my schedule and the studio’s and I found that after 3 hours of recording each day, my voice would fatigue and so I would continue another day. I’d estimate about 20+ total hours of recording spread over more than a month. It was nice to be able to take my time with the recording schedule but it was also a challenge remembering the energy and tone over several days.

Was Phantom Pact your first Science Fantasy audiobook? How did you settle in on the tone for the reading?

Yes this was the first Science Fantasy audiobook I’ve done. I’ve done a lot of narration for non-fiction books that are rather dry and in one consistent tone and so I enjoy whenever I get the chance to read something with a story and characters involved.  It feels more like acting; and this story is very epic with many situations of peaceful stillness or kinetic violence so there are some fun places for an actor to travel within it.  As far as finding the tone for the read, I started from your (Chad the author’s) description and direction as the base for the mood.  The narrator’s voice is intentionally dry and emotionally impartial. I try to keep the narration from getting in the way of the listener’s imagination.  The narrator delivers the facts without feeling the pains and sorrows so that the listener can more deeply experience the world of the story. It also helps pace the narrative through what is a very action packed emotional story.

What was it like reading for the different characters? How did you go about creating the voices for them?

Voicing characters is a challenge because it is very easy for a voice to become cliche or cartoonish which can really distract from a listener’s enjoyment.  Mostly I kept the voice of Cade, the main character very similar to the narrator’s since the story is mostly told through his perspective.  I just gave Cade a bit more gruffness.  I actually imagined Clint Eastwood when I was reading Cade’s voice.  The other main characters were Princess Ashlyn and Jace.  Jace is the most similar to my actual speaking voice and I thought he provided some lightness from all of the heavy dark voices of the various aliens and soldiers. Most of those were variations of husky gruffness, the Wraith’s being the deepest most gravely voices of them all. Most of the voices in Cade’s head were different shades of whisper except for Eos who obviously had a more robotic feel.  Each of the chapter intros are written from different sources so I read them as if they were from different voices like a King’s proclamation, or a science journalist or a news reporter.

How do you prepare for a recording session? Do you have any type of exercises you perform for conditioning your voice?

I don’t often do much vocal preparation before a recording session unless it was going to involve something more than a speaking voice, for example singing or yelling. This session was a unique one because I was engineering it myself. This means setting up and operating the gear rather than just stepping behind the mic. Usually someone else is engineering the session and I am in the booth. So I often hummed a bit while I was setting levels and then I would go back and listen to the previous few chapters I’d recorded and read along to re-capture the tone I had been using.  For a book like this, the narrator’s tone is so whispery and emotionless that I didn’t necessarily want a fully warmed up voice.

What are the most challenging parts to narrate?

The female voices are the most challenging because my natural vocal register is low so it is impossible for me to sound fully believable as a female.  But in narrating a book it is not critical to fool the listener into thinking there are different actors reading.  Rather, these characters are suggested within the limits of the narrator’s voice in the story they are bringing to life.  So I try to imagine the emotional content of what Ashlyn or her sister were feeling and how they used their words in a more subtle way than many of the male characters who did more barking.  Also the minor characters who appear once or twice scattered through the story are difficult to differentiate for the listener and a challenge for me to keep track of.  I try and include one unique quality in their voices to differentiate them from each other, like a bit of drunkenness, a slight accent, a different jaw position or pitch etc.  I try and imagine the physical size or background of each character in my process to discover their voice.  The way you stand or move your body has an impact on the way the voice sounds.  Sometimes I needed to go back and listen to a voice that was a flashback since I hadn’t read them for many days.