Behind the Scenes – The Collector 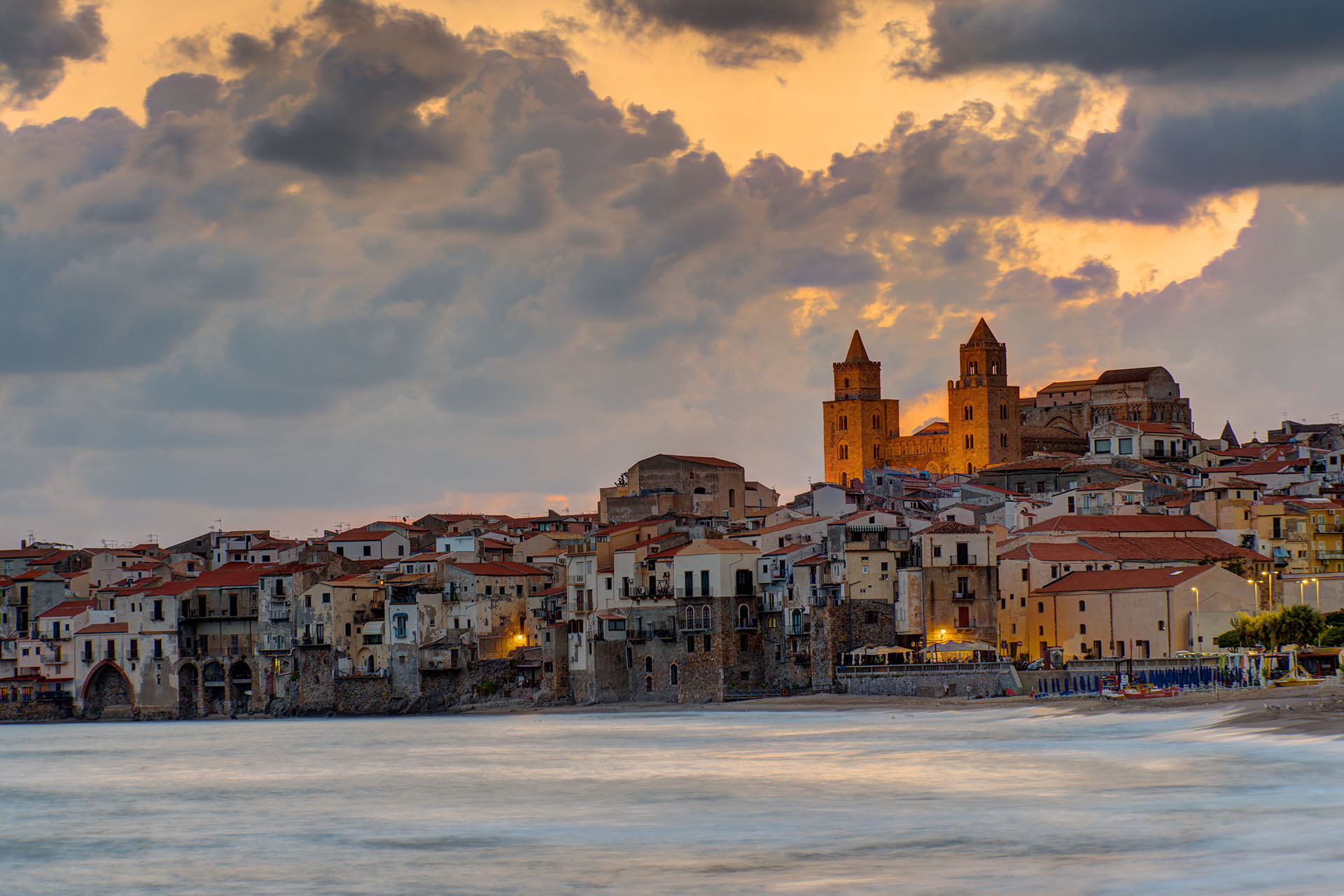 Hello Bearers! We’re back with another deleted chapter that did not make it into the final book. In this chapter, you get to see more into the breaking mind and motivations behind The Collector, one of the powerful Acolytes from the Mancando Church. The Collector has undergone significant reconditioning by the hands of the Wraiths, and is realizing a powerful strength that brings with it a challenge.

May your song forever play throughout the galaxy,

Raiders struck another town in the Ends today, marking yet another attack in a string of mysterious kidnappings. The Royal investigation has indicated that overzealous slavers are to blame, yet they are reticent to implicate another country as leading the attacks.

Collector knew he must stay objective; it was part of his conditioning. The Acolytes were not allowed to show emotion. They were told they could repress it, dismiss it from existence, if one was strong enough. He believed them. He was not given a choice not to.

The Wraiths told him many things. Things to say, things to do, what to be. In-between missions, he would wonder what his name used to be, but he would catch himself and instead think about his next mission. He had forgotten his name; left it somewhere, long ago.

He was Collector, now. But there were many like him, dressed in the red robes they had been given. There were those who called him ‘gray-eyes’, but it wasn’t much of a name. They didn’t get their own names. It was part of the conditioning.

The Wraiths gave him things. Gifts, they called them. These gifts made him something. The world rejected him, that’s what they had told him. But now he was something, someone. Greater.

The tournament in Solak was the first time he understood how great the gifts they gave him were. He was the best, there was no better. They told him to win the tournament, show them the greatness of of the Acolytes. Through this their numbers would grow.

That is why he hated them, the people of this world. They were weak…too weak…it disgusted him. Collector should not have killed the man in the tournament. He let emotion overwhelm him, which was against the conditioning. Collector was punished for that. More conditioning.

He used to be weak, like them. He hated who he used to be. Now he was greater. The greatest. Why didn’t the people see? Why weren’t they joining? The Wraiths, they would condition them, and no one would be weak any longer.

He hated collecting. He knew he shouldn’t hate it. It was against his conditioning.

But he collected anyways, because it was needed. And the sooner the Wraiths had enough, Collector would be done.

Collecting was simple. The Keepers had given him a caster with marked bullets. They had writing on them, but they would not tell him what it meant. He did not ask again. He did not want more training.

A woman kneel before him. She pleaded; they always do. Collector thought he felt something, but it passed. Nothing.

He collected her, too, the casing falling to the ground with a familiar clink. He picked it up, it was important to not leave a trace. Where did they go? He would often wonder. It didn’t matter. One more step closer to freedom.

He loaded another round of shells into the caster. There were other Acolytes out tonight; it was a bigger city than they normally went to. The Wraiths were sending them out more frequently now. Constantly moving, constantly working on the next town. He had started to make mistakes, asked questions he shouldn’t ask. But too much work remained, so no conditioning to fix him. He felt a part of him, a part he had forgotten, stir at that. Maybe…

He shook his head, which throbbed in pain. Not now. He continued on.

The other Acolytes moved quickly and efficiently through the city. There were those positioned on the outskirts of the city to make sure none escaped. Part of their mission was to ensure no one else witnessed the collection. If people knew more, they might start asking the right questions. And it was better for everyone when the right questions were never spoken.

Collector heard a commotion coming from a house to the west of him. He went to investigate, and saw three Acolytes dead, crumpled upon the hard earth. A man stood over them, angry. They always were.

The man turned to Collector, his expression hard, and Collector recognized the hate in the man’s eyes. He knew what the man felt. For a moment in time, though the man did not know it, they were brothers. Joined by the bonds of rage that boiled within them. Collector felt men like this were capable of understanding Collector and what he had become.

He hoped one day, one of these men would kill him. The possibility thrilled him. He embraced these moments, the brief moments of connection. He knew he shouldn’t feel that way.

The man lunged for Collector. Collector could sense the man had encoded diamond, though he did not know where the ring the man was using was. Usually it was on their left hand, but this man had none.

His opponent threw the weight of his body into his punch. Collector decided not to move, and encoded lead. He chose to overencode with it around his chest, which was where the punch would connect. Temporary overencoding was one of the gifts they gave him. It seemed to surprise people when he did this, but it was just one of the many things he could do.

The punch connected, and with the extra strength of diamond behind it, he could feel the man’s arm buckle and break against his hardened body. Collector felt disappointment.

He pulled back the lead encoding and threw a punch of his own into the face of the shocked man. The man dropped to the ground, unconscious.

Collector unholstered his caster and pointed it at the man. The man’s eyes were blank now, no longer home to the fury they had burned with just moments before. His arm lay unnaturally at his side, palm upturned. In it was a small ring, a thin gold band with a solitary diamond inset in it. A woman’s ring.

He pulled the trigger, and the man was no more.

The voices in his head started getting louder. The voices never talked to him, or at least he didn’t think they were. It was like being in a large crowd, with dozens of conversations playing out simultaneously. They would continually get louder, to the point where Collector could no longer hear himself. There were times where he wasn’t sure which thoughts were his own, and there was no telling what he would do if he listened to the wrong thoughts. They were tricky, the voices.

He was not sure how many phantoms he had collected today. Too many to count. He would have to transfer them soon, before he ran out of medicine.

A horn sounded throughout the city. The collecting had been completed and the Acolytes had already begun their retreat to the rendezvous. He turned and saw a small railbus headed toward the city. Something within him stirred again, and he could not quiet it.

“Gray-eyes. We must leave. Come,” one of the retreating Acolytes had turned to Collector, and grabbed his shoulder.

Collector took the hand with an encoded fist and crushed it. The man wailed in pain. “What…what are you doing?” the man asked him.

Collector brought the barrel of his caster underneath the man’s chin and pulled the trigger. The man disappeared.

He turned once more to see the railbus had stopped at the city. He walked through the streets, and saw the man he had faced before. The one from the Taction that had escaped him. Collector grinned. This man was strong. He saw the man leave the bus and disappear through the buildings. Collector gave chase.

Pain. Searing pain shot through every part of his body, to the tips of every appendage. It radiated like a shockwave from his brain and would not abate. He fell to his knees, his breath caught in his chest. He gritted his teeth. A message was coming.

Acolyte. Retrieve the caster. Join the others. The voice in his head was unnatural and grating. He had angered the Wraith. He knew this meant more conditioning. He cursed himself for allowing a spark of hope that this man could free him. He stood, shook his head, and put the feeling away.